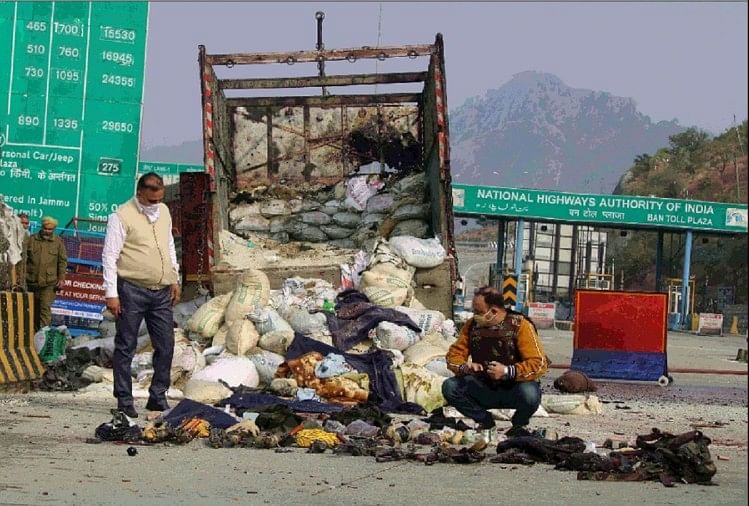 On November 19, four militants of Jaish-e-Mohammed (JEM), who were killed in an encounter near Ban Toll Plaza, Nagrota, Jammu and Kashmir, were given commando training in Pakistan. The four had entered the Indian border, walking 30 kilometers in the dark night.

The main accused in the Pathankot attack, Qasim, was involved
A detailed investigation into the Nagrota encounter revealed that JEM’s operational commander Kasim Jan was also involved in this dangerous plan. Qasim Jan is the main accused in the Pathankot attack in 2016. Jan Jaish is one of the main launch commanders of terrorists in India and has links with underground terrorists throughout South Kashmir. He reports directly to Mufti Rauf Asghar, the head of the UN-designated global terrorist group.

This is how terrorists reached India
Data derived from global positioning sets (GPS), wireless handheld sets, and receivers from corpses suggest that all four Jaish attackers were trained in commando combat. These terrorists walked for about 30 km from the Jaish camp in Shakargarh, Pakistan and then entered the Indian border from Samba.

After this, he reached the pickup point at Jatwal. This area is six kilometers from Samba to Kathua. This means that the attackers reached the pick-up point in the dark night and then proceeded towards Jammu and Kashmir.

A senior official said, the pick-up point from the international border is at a distance of about 8.7 km and Jaish’s Shakargarh camp is 30 km from Jatwal. The possible infiltration route was near Mawa village in Samba sector, which is between Ramgarh and Hiranagar sector. There are several rough tracks near the Nanath drain, which reach the international border from the pick-up point. He said, it is estimated that the terrorists covered this distance by walking two and a half to three hours on various routes.

Riding in the truck between two and a half to three nights
There is evidence that he was boarding a truck (JK01AL 1055) between 2.30 am and 3 pm at night and was seen crossing Saror toll plaza towards Jammu at 3.44 pm. The truck then proceeded towards Kashmir via Narwal bypass. At around 4.45 pm, the security forces caught the truck near the Bunn toll plaza.

A large number of terrorists can infiltrate
According to Indian counter-terrorism officials, with the withdrawal of US forces from Afghanistan and the resurgence of the Taliban, its Deobandi ideological brother, Jaish, has become hyperactive on the Jammu and Kashmir border. Around 14 Jaish specially trained terrorists are waiting in Gujranwala, Pakistan to infiltrate India.

Another security official said, around 200 militants of different Tanjim are waiting at the launch pad on the Line of Control (LoC) to infiltrate into India.