Since the Mumbai Indians’ fifth IPL title win under Rohit Sharma’s captaincy, there has been a growing debate about the different captains of the national team and many former players have suggested that the opener be given the captaincy of at least T20 team. 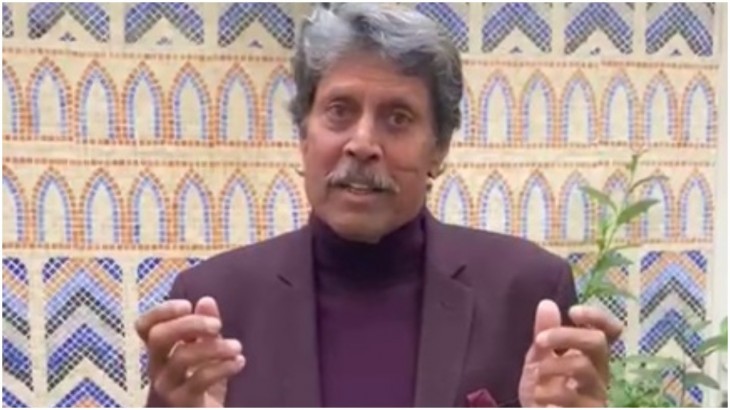 Since the Mumbai Indians’ fifth IPL title win under Rohit Sharma’s captaincy, there has been a growing debate about the different captains of the national team and many former players have suggested that the opener be given the captaincy of at least T20 team. Virat Kohli currently leads the Indian team in all three formats. Clarifying his stand on the ongoing debate about different captains for the national cricket team, former Indian captain Kapil Dev said that a multinational company cannot have two CEOs. Kapil Dev said at the HT Leadership Summit held online that this cannot happen in our culture. Do you make two CEOs in a company? No. If Virat Kohli is playing T20 and he is good then let him stay. However I want to see that other players also come forward. but it’s hard.

Also read: IPL 2021: When will the mega auction, know what is the update

World winner captain Kapil Dev said that 70 to 80 percent of our team is the same in all formats. He does not like captains with different views. If you keep two captains, then players can think that he will be my captain in the Test. I will not offend him. Kapil recently had a heart attack after which he had to undergo angioplasty. Talking about the art of fast bowling, Kapil, captain of the 1983 World Cup winning Indian team, said that he is saddened by the pace bowlers using too many variations. He said, I am not happy with today’s fast bowlers. The first ball cannot be a cross seam. In the IPL, players felt that swing was more important than speed. It was difficult to face Sandeep Sharma, who bowled at 120 kmph because he was moving the ball.

Also read: India tour of Australia: when, where and how to watch live matches, the channel has changed

Kapil Dev said that bowlers have to understand that swing rather than speed is important. They should learn it but they are moving away from this art. T Natarajan is my hero in IPL. The young bowler was fearless and was putting so many yorkers. Kapil said that if you do not know how to swing the ball, then the variations are useless. Kapil, however, is quite satisfied with India’s current fast bowlers. He said, our fast bowlers are fantastic. See Mohammed Shami, Jaspreet Bumrah. As a cricketer, I feel very happy to say that today we are dependent on our fast bowlers. Our bowlers are capable of taking 20 wickets in the match. We had spinners like Anil Kumble, Harbhajan Singh, but today no country would like to say that give them bouncy wickets.