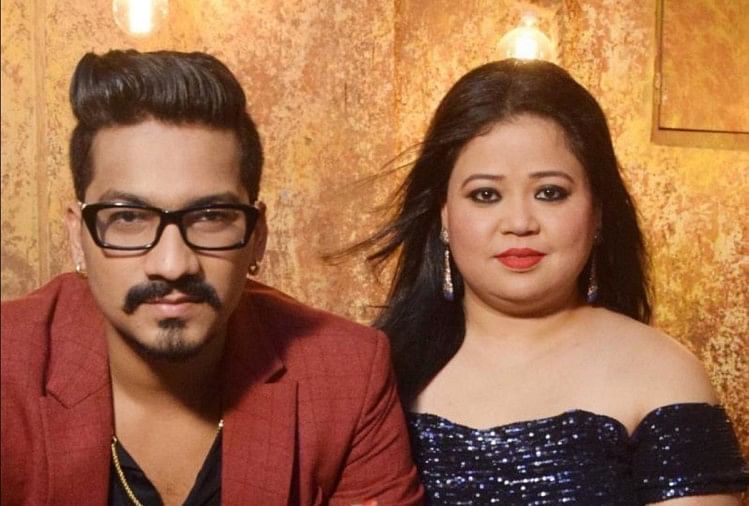 The Narcotics Control Bureau (NCB) on Sunday arrested Harsh Limbachiya, the husband of comedian Bharti Singh. Before the arrest of Limbachia, he was closely questioned by the investigating agency for about 15 hours. After this, he has been arrested today.

On Sunday, comedian Bharti Singh and her husband Harsh Limbachia were rushed to the hospital for medical examination. Zonal director of the investigating agency Sameer Wankhede said that he has been charged with consumption of drugs.

Earlier, on Saturday, NCB raided Bharti Singh’s production office and house. During this period, the investigating agency recovered 86.5 grams of marijuana. After this, Bharti Singh was arrested by the NCB and her husband Harsh was detained for questioning. The couple has accepted the talk of smoking marijuana.

NCB raided production office & house of Bharti Singh y’day & recovered 86.5 gms of Ganja from both places. Both of them accepted consumption of Ganja.

Arrested under anti-narcotics law
In a release by the NCB, a team led by the investigating agency’s zonal director Sameer Wankhede searched Bharti Singh’s residence at Lokhandwala Complex in Andheri based on specific information. 86.5 grams of hemp has been recovered from his house. The statement said that both Bharti and her husband Harsh Limbachia agreed to consume cannabis. Bharti Singh was arrested under the Narcotics Act.

How much can be punished if we get marijuana?
A bureau official said that the quantity allegedly recovered from Singh’s house was a small quantity under the law. Up to a thousand grams of hemp is considered a small quantity and can be punishable by up to six months in jail or a fine of Rs 10,000 or both. Commercial quantities (20 kg or more) can result in up to 20 years in prison. There may be a 10-year prison sentence for the amount between it.

Till now, action has been taken against these celebrities
NCB has been raiding continuously since the drugs angle surfaced after the death of Bollywood actor Sushant Singh Rajput. NCB’s screws on the drugs case are being tightened on Bollywood stars. The NCB conducted raids and arrested several drug peddlers. Sushant’s girlfriend Riya Chakraborty and his brother Shouvik have also been arrested in this case.

During the interrogation of drug peddlers and several big names were revealed after which actresses like Sara Ali Khan, Deepika Padukone, Shraddha Kapoor and Rakul Preet Singh were also called for questioning. However no evidence was found against any actress.

Recently, actor Arjun Rampal and his girlfriend Gabriela Demetriades were also called for questioning in this case. During this, Arjun praised NCB and said that the team is doing a good job.