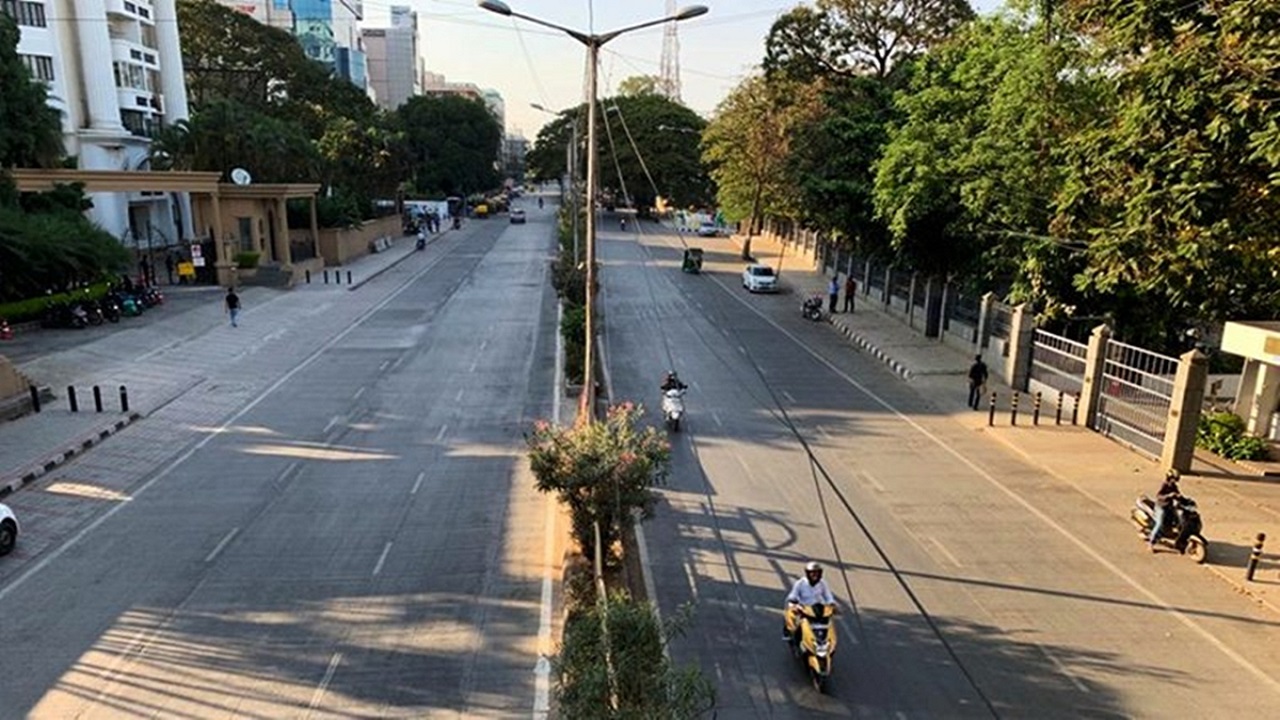 Country again towards lockdown, situation in these states from Corona is serious, curfew has been imposed here

The corona virus outbreak is spreading continuously in India. In many parts of the country including the capital Delhi, the Kovid-19 infection is once again catching pace. In the last few days, the number of corona infected patients has been increasing rapidly. Everyone is worried about this. All efforts are being made by the government to stop this epidemic, but again the situation is getting serious. In such a situation, the country is moving towards lockdown once again. Many states have tightened the restrictions in view of the situation and it has been decided to impose curfew in many places.

The Rajasthan government has decided to impose a nighttime curfew in the eight district headquarters most affected by the infection amidst increasing number of patients with corona virus infection. Along with this, the fine has been increased to Rs 500 for not wearing masks in public places. At the same time Section 144 has been imposed in the capital Jaipur. Markets, restaurants, shopping malls and other commercial institutions in the urban areas of the eight district headquarters (Jaipur, Jodhpur, Kota, Bikaner, Udaipur, Ajmer, Alwar and Bhilwara) affected by the infection will remain open till 7 pm. Nightly curfew will remain in the urban area of ​​these eight district headquarters from 8 am to 6 am.

While the government has decided to implement the night curfew in five districts of Madhya Pradesh in view of the increasing number of patients of Corona. This night curfew has come into force from Saturday night. Chief Minister Shivraj Singh Chauhan informed that night curfew will be imposed in five districts of the state, Bhopal, Indore, Vidisha, Ratlam and Gwalior from 10 am to 6 am on Saturday. Despite the curfew being implemented at night, there will be no impact on the movement of carriers. Also, the employees working in industrial units will be able to come freely.

Apart from this, the Gujarat government has imposed curfew in Ahmedabad for 60 hours in view of the situation of coronavirus. The curfew in Ahmedabad city has started at 9 am (20 November) on Friday night and will end at 6 am on Monday (23 November). However, this curfew is also likely to be imposed in other major cities of the state in the coming days. Coronavirus cases have also increased in other major cities, including Gandhinagar, Surat, Vadodara, Rajkot, Mahesana and other cities.

Rules have also been tightened in the national capital Delhi. Under the new rules, a fine of 2000 thousand rupees will be imposed for breaking the norms of corona and social distance. Along with this, a fine of Rs 2000 will also be paid for not wearing masks and eating paan, gutkha etc. in public places. Increasing vigilance in markets and public places to prevent coronavirus infection, Delhi Police on Saturday fined 1,306 people for not wearing masks. With this, a total of 5,01,328 people not wearing masks have been fined in the national capital so far.

Even today more than 45 thousand corona virus patients have been found in the country. According to the Union Health Ministry, 45,209 new cases of Kovid-19 were reported in the country in the last 24 hours, the total number of infected persons increased to 90,95,806. At the same time the number of dead increased to 1,33,227 after the death of 501 more people. In India, 4,40,962 patients of Kovid-19 are being treated, while 85,21,617 people have so far recovered from this disease.

The situation is very serious in five states of the country including Delhi regarding coronavirus. On Saturday, around 6000 new people appeared in Delhi. According to Delhi Health Department, 5,879 new Kovid-19 cases were found in Delhi on Saturday, while 111 deaths were recorded. With this, the total number of cases in Delhi has gone up to 5,23,117 and the figure of deaths has reached 8,270. While 5,760 new corona patients were found in Maharashtra on Saturday and 62 deaths were recorded. The total number of cases in the state is 17,74,455. There are 79,873 active cases in the state and 16,47,004 patients have been cured so far. The death toll is 46,573.

Also read: Now Ayurveda doctors will also be able to do general surgery, the center gave the green signal

In Kerala, 5772 people were found corona positive and 25 deaths have been reported. The number of active cases is 66,856. So far 4,88,437 patients have been recovered. The death toll in Kerala is 2022. The situation is getting worse in Uttar Pradesh too. In the last 24 hours, 2326 new cases of Kovid 19 were reported. With this, the total cases have exceeded 5 lakh 22 thousand. While there have been around 7 and a half thousand deaths so far. The total number of active cases is 23,471. So far 4,93,228 people have been completely cured. The percentage of recovery in the state has increased to 94.09.