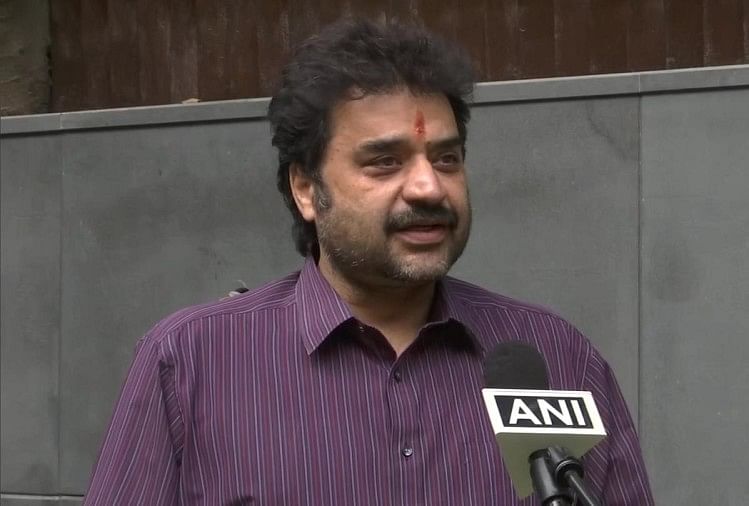 Congress Leader Kuldeep Bishnoi Hits Back At Ghulam Nabi Azad, He Said They Are Plotting To Break Congress Party – Bishnoi, furious over Azad’s statement, said – he is plotting to break Congress

In the backdrop of recent public statements by senior party leader Ghulam Nabi Azad on the current state of the Congress, Kuldeep Bishnoi, a special invitee member of the Congress Working Committee, on Monday alleged that leaders in the Rajya Sabha are conspiring with the opposition parties to break Congress Huh.

He also accused Azad of ‘betraying’ the Gandhi family and said that Congress leaders and workers would not allow his ‘conspiracy’ to succeed.

Senior leader of Haryana Pradesh Congress Bishnoi posted the video on Twitter and said, “Heard Azad Saheb’s statement which caused a lot of surprise, sadness and anger.” Such a senior leader should make such a statement in public, whatever amount of condemnation is given to him. ”

Bishnoi alleged, “Azad sahib, today you are only conspiring with the opposition parties to break the party. We will not let your conspiracy succeed. ”

He said, “What is your history? You have won only three elections in your entire life. You speak out against the Gandhi family, who nominated you to the Rajya Sabha five times. I have won more elections than you. I have won six elections. ”

Bishnoi, son of former Haryana Chief Minister Bhajan Lal, said, “Nobody asks you (Azad) in Jammu and Kashmir and you give advice here.” You were made in charge before the Haryana Assembly elections, you kept the fleet at bay. If there was someone else in charge instead of you, today there would have been a Congress government in Haryana. ”

Bishnoi insisted, “We stand fully with the Gandhi family.” If Rahul ji and Priyanka ji are there, only then is the Congress party. I appeal to the Congress leaders and workers to work hard. We will bring the golden age of Congress again. ”

Significantly, senior Congress leader Azad said on Sunday that Congress leaders are completely cut off from the common people and that “five-star culture” has gone home in the party. He called for radical changes in the organizational structure.

His statement comes after the Congress’ defeat in the Bihar Assembly elections. The party contested 70 assembly seats in this election, out of which it could win only 19 seats.

Azad said that there is an urgent need for radical changes in the party structure by holding elections from the block to the district and state level. He said that Congress leaders should give up the five-star culture at least during elections.