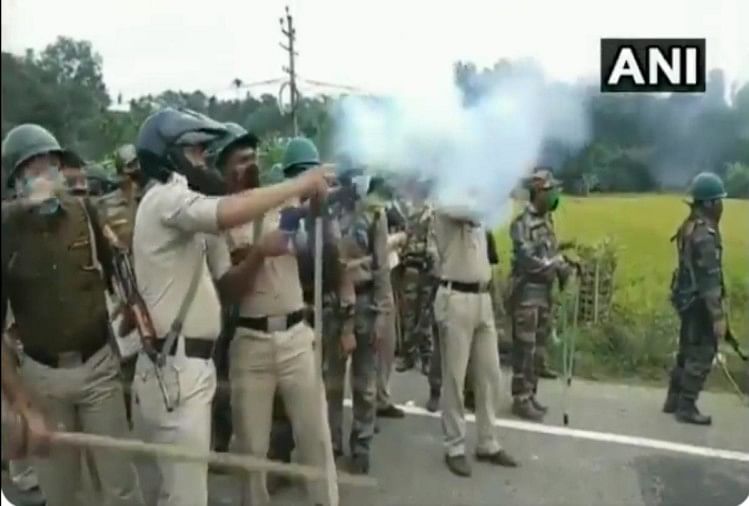 One person has been killed and more than 30 injured in the police firing on the people who were demonstrating by closing the Assam-Agartala National Highway at Panisagar in North Tripura district. The injured include local citizens as well as policemen and government employees. Locals were protesting against the migration of Bru migrants from the neighboring state of Mizoram to Tripura. It was informed by the state government that a magisterial inquiry has been ordered.

Police said that a large number of people gathered on Panisagar National Highway-8 and closed it. He demanded the government to withdraw the plan to settle Bru migrants in Tripura.

The Joint Movement Committee (JMC) of Bengali and local Mizo community has announced a five-day strike from Monday on the issue, under which they closed Highway-8 on Saturday.

The Central Government had signed a new agreement in January this year under which people of the Bru community residing in relief camps in Tripura would not be forced to return.

The situation worsened on Saturday when a large squad of paramilitary forces, including the police and the Tripura State Rifles (TSR), clashed with protesters over the evacuation of the road. Police first lathi-charged the protesters and later opened fire, killing Srikanth Das, a 40-year-old man involved in the protest.

Additional Director General of Police Rajiv Singh said that the police had to shoot for their defense as the mob had become uncontrollable and were trying to snatch weapons from the security forces. He admitted that one person died and some people were injured during this period.

Tripura govt to conduct a magisterial inquiry into blockage of national highways in North Tripura today during which there was violence by unruly mob & police personnel had to open fire leading to death & injury to both civilians & government/security personnel: State govt https://t.co/8pWktrAHgp