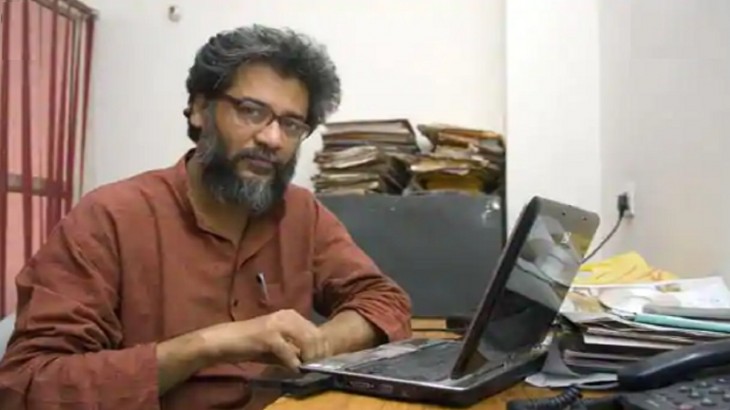 In the eyes of BJP-ML, BJP is enemy number 1 in West Bengal. (Photo Credit: News Nation.)

Describing the BJP as the political enemy number one in West Bengal, CPI (Male) general secretary Dipankar Bhattacharya said on Saturday that the Trinamool Congress and the saffron party cannot be put in the same food and the Left and Congress are the first ‘most’ in West Bengal. ‘Big danger’ must be combated. He underlined that the CPI (M) lacked “anti-BJP aggression” to counter the divisive forces in West Bengal. Bhattacharya also said that the Congress should not be given a major role in the alliance of these two parties as it will not benefit the Left.

Also read: The world at the cusp of a dangerous epidemic from Corona, will ruin the hard work

Saffron party faces big challenge
He claimed that facing the saffron party is the biggest challenge facing the country at this time. He called upon all democratic and secular forces to take BJP as the main political enemy in the West Bengal assembly elections to be held in April-May next year. He said, ‘Unlike Bihar, where the center and the state had the same coalition government, the situation in West Bengal is different where the Trinamool Congress is in power. The functioning of the Trinamool Congress is not good and we will have to oppose it as well. Bhattacharya said, ‘But let me make one thing clear that Trinamool Congress and BJP cannot be kept in the same food. In West Bengal, BJP should be identified as the main political enemy.

Instead of TMC, focus on BJP
He stressed that even if there is a non-BJP government in the state which is surrounded by misrule and corruption, people should still oppose the saffron party. He said, ‘The main focus should be on the BJP. The saffron party is a big danger. Bhattacharya underlined that when the Lalu Prasad Yadav-led party was in power in Bihar, the CPI (ML) fought against the Liberation RJD as well as the saffron party. On the statement made by some CPI (M) leaders first defeating the Trinamool Congress, Bhattacharya said that this is an impractical approach. He said, ‘If you go with the principle that the Trinamool Congress should be defeated first to counter the BJP, then there is no need to oppose the central government at this time. We should wait for the BJP to come to all states and then start protest. This is an impractical approach.

BJP rule a dark period of democracy
He said, ‘There is no party in India which is more dangerous than BJP. There was no more dark phase in the history of Indian democracy. The leader of the Communist Party condemned the ideological comrade CPI-M for not giving a tough fight to the BJP in the state. He said, ‘There is no visible anti-BJP aggression in the CPI-M. The rise of the Left is needed in West Bengal and for this struggle and mass movement is needed. The CPI (M) has failed to live up to the expectations. On the Left-Congress alliance in West Bengal, Bhattacharya said that the old party (Congress) benefited more from it. In West Bengal, the BJP’s base is growing at the cost of the Left.