Questioning the party’s organization, Congress leader P Chidambaram said that the opposition grand alliance lost badly in Bihar. His statement is coming in the wake of internal rift in the party. 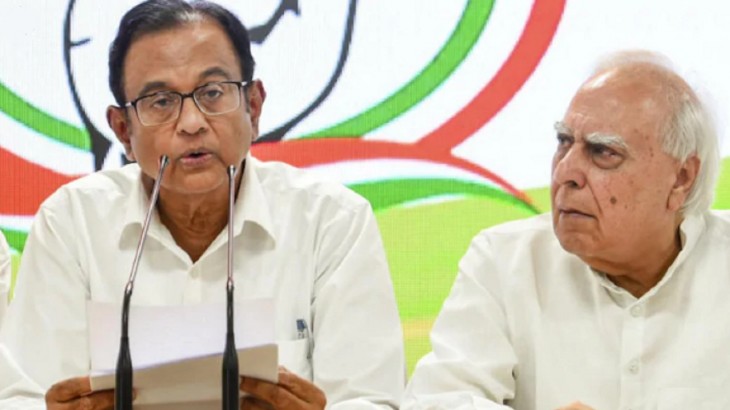 After the poor performance of the Congress party in Bihar assembly elections and various assembly by-elections, the party’s functioning is constantly being questioned by its own senior leaders. After Kapil Sibal, senior party leader P. Chidambaram has also raised questions. With a landslide victory in the Bihar Assembly elections, the National Democratic Alliance (NDA) has once again formed a government under the leadership of JDU chief Nitish Kumar. In this election, the BJP has once again won the trust of the people and has brought itself to a stronger position, while the Congress seems to be losing ground in the changing scenario of politics. In such a situation, the number of party leaders who have questioned the weakness of leadership and organization in the Congress has started increasing.

Questioning the party’s organization, Congress leader P Chidambaram said that the opposition grand alliance lost badly in Bihar. His statement is coming in the wake of internal rift in the party. Chidambaram said, ‘Like I have pointed out defeating the Grand Alliance losing to the NDA by a margin of 0.03 percent. If the coalition had won eight more seats, the result would have been 118 to 117 (instead of 110 to 125). We and VIP won eight seats. Earlier, Chidambaram had expressed concern over the deteriorating state of the party on the ground and pointed to its weak organizational structure. He said that the party should choose only the winning seats in the seat sharing even if their number is less.

But on Friday, Chidambaram said that there is a decline in the NDA compared to the 2019 Lok Sabha elections. He said that in 2019 and in subsequent assembly elections and by-elections, BJP has won only 218 segments, in contrast, BJP has won 392 segments in 2019. After openly criticizing the Congress leadership on behalf of many leaders, the party is facing internal strife. On Tuesday, along with party president Sonia Gandhi, Ahmed Patel, Ambika Soni, Randeep Surjewala, K.C. C. Venugopal and Mukul Wasnik discussed the Bihar by-elections as well as the by-elections.

Sources say that Bihar in-charge Shakti Singh Gohil and Gujarat in-charge Rajeev Satav offered to step down, although Sonia Gandhi held them until they took stock of the situation. Sibal also criticized the leadership of the Congress for the party’s poor performance in the Bihar elections. Sibal said that it seems that the party leadership has accepted defeat in every election as its destiny. He said that not only Bihar, but also from the results of the by-elections, it seems that the people of the country are not considering the Congress Party as an effective alternative. Kapil Sibal had said that there is no platform to raise concerns, so he has to say so publicly.