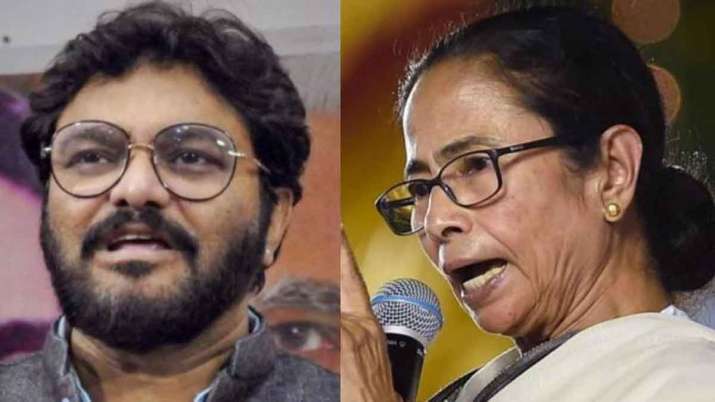 
Kolkata: Union Minister Babul Supriyo said on Friday that the Trinamool Congress should improve its ways and avoid ‘intimidating voters’, otherwise there are provisions in the constitution to look into such things. The ruling Trinamool Congress in the state challenged the BJP to impose President’s rule in Bengal. Supriyo was recently referring to the alleged assassination of more than 130 BJP workers in West Bengal. Alleging that the law and order in the state was broken, he told the Trinamool Congress that he should refrain from improving his ways and intimidating voters.

‘BJP is not in favor of imposing President’s rule’

In a period of accusation that began after Babul Supriyo’s statement, Bengal BJP chief Dilip Ghosh said that the party was not in favor of imposing President’s rule in the state and would come to power by defeating Trinamool Congress in the upcoming elections. He said, ‘Trinamool Congress should improve its ways. Only a few months remain in the election. If Trinamool members feel they can intimidate voters and indulge in political violence, then the constitution has provisions to take care of such things. ‘

‘BJP does not need to do anything’
Lok Sabha member Supriyo from Asansol said, “If Trinamool Congress feels that there is a weak government at the Center, then it is wrong. BJP does not need to do anything. Provision has been made in the constitution in relation to such states affected by violence and anarchy. ‘ Supriyo claimed that the people of the state had made up their mind to vote for the BJP in the assembly elections. The election is likely to be held in April-May next year. He said, “We want those who voted for Trinamool to bring in government, they should remove the current government through democratic process.”

BJP leader Dilip Ghosh gave this statement
On Supriyo’s claim, BJP leader Ghosh said that his party is not in favor of imposing President’s rule but in view of the ongoing political violence in the state, some leaders are definitely demanding it. Ghosh said, ‘The way democracy is being murdered in the state, and every day our party workers are being killed. In such a situation, some of our leaders are demanding imposition of President’s rule in the state to conduct free and fair elections.