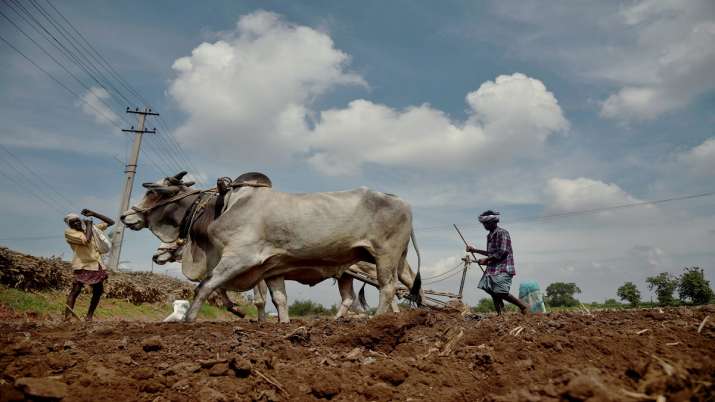 Organic farming to increase farmers income govt to give grant. Organic farming will be the basis of prosperity of crores of farmers of UP, government will give grant, here is the complete information


Lucknow. Organic farming will form the basis of prosperity of crores of farmers of Uttar Pradesh. Chief Minister Yogi Adityanath’s intention is to make the state a hub of organic farming. For this, in the first phase, organic crops will be planted in 68 thousand hectare area of ​​63 districts of the state. All the districts along its banks have been included in view of the Ganga’s avidity and cleanliness. Of the districts selected for organic farming, 36 districts are traditional agricultural districts and 27 districts are included in the Namami Gange project. The government’s approach cluster farming will be done to ensure that agriculture is planned, and it is monitored better. Each cluster will be 50 acres.

Read- Chhath Puja: Reporters questioned Corona with the woman who reached the ghat, then the woman got agitated, see what answers

The government will also provide a grant of 10 lakh rupees per cluster in three years to give encouragement to the farming farmers. Of this, Rs 3,30,000-3,30,000 will be payable in the first and third year. In the intervening year, this grant will be Rs. 3,40,000. Out of the amount payable, 38 per cent will be spent on the formation of the cluster, increasing the capacity of farmers, value addition, branding and packaging etc.

Method of Organic Farming: Farmers involved in the cluster will be visited on the areas of organic farming for awareness about the agricultural investments used in it. After the visit, they are also given field preparation, green manure management, nursery preparation, Panchagavya, Jeevamrita, vermi compost, product cleaning, grading, packaging, leveling to farmers for management and value addition of pests and diseases in an organic way. Training will be given. The government also plans to open organic markets at all divisional headquarters.

Read- How will soldiers deal with China’s challenge in winter on Ladakh border? Army has made special arrangements

Demand for organic products has increased due to increasing awareness of health along with income. People are ready to pay good prices for them. The condition is that the customer has confidence that what he is buying is quality. For this, the government will also get certification of these products from PGS India Ghaziabad.

Read- Coronavirus Vaccine Price: What can be the price of Corona Vaccine in India?

Anand Tripathi, Additional Director (Extension), Department of Agriculture, says that the government is working fast to promote organic and natural farming. Keeping this in mind, all the 1,038 gram panchayats situated on the banks of the 27 districts through which the river Ganga passes through Uttar Pradesh will also have organic farming. Of this, the Department of Agriculture and UP DSP will conduct organic farming in 16 and 11 districts respectively.

Read- 10 thousand recruitments will be out in this state after November 30, get ready

It is known that Ganga has mother status in Indian tradition. In this form, the oldest civilization of the world flourished in the Koch (catchment area) of Ganga. The Indo Gangetic Belt ranks among the most fertile lands in the world. Chief Minister Yogi Adityanath often mentions this in private conversations and public meetings. He says that only the land of the Indo-Gangetic belt can become the foundation of the whole world. The condition is that the help of the latest method of farming should be taken in it. The government has taken this new initiative so that the chemical poisons do not go into the Ganges.