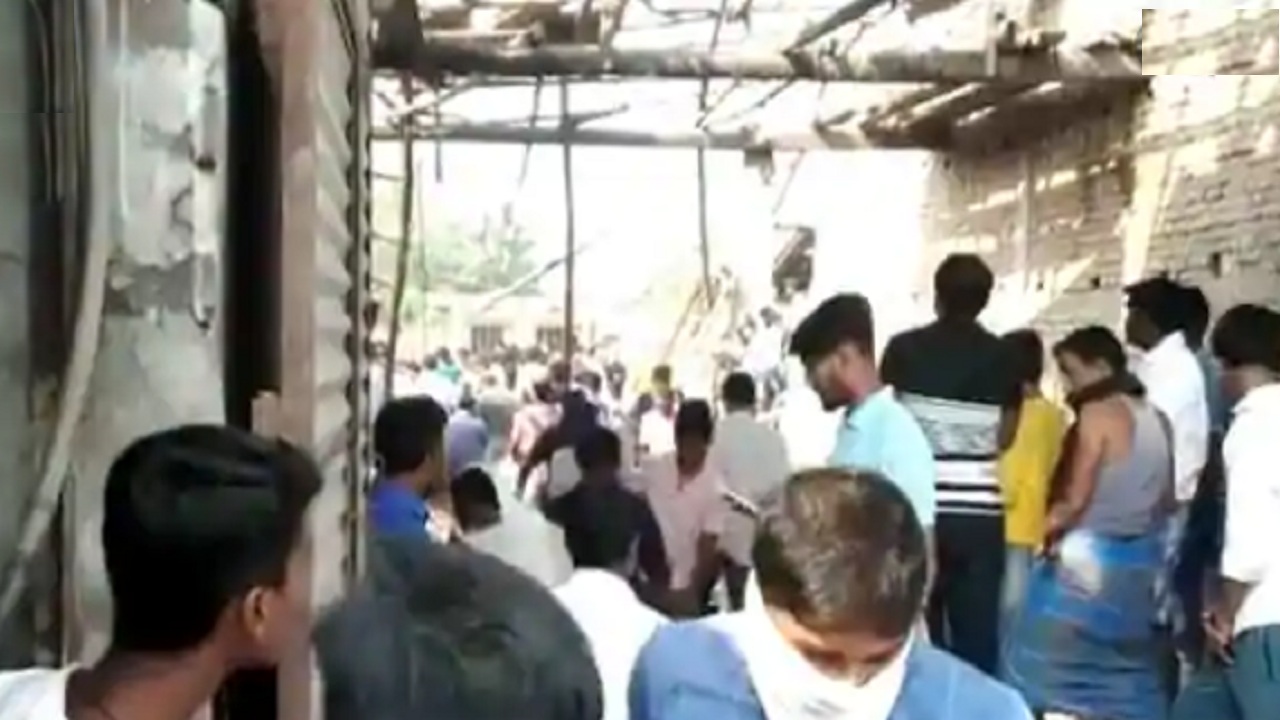 Political mercury has also gone up in the explosion in a plastic factory in Malda district of West Bengal. While the Opposition BJP in the state demanded an NIA probe into the incident, the ruling Trinamool Congress asked them not to politicize the issue. Moreover, after this accident, a political war broke out between the Raj Bhavan and the state government. Governor Jagdeep Dhankhar asked Chief Minister Mamata Banerjee to stop making illegal bombs. On this, the home department of the state reacted sharply, which Banerjee himself takes charge. The department said, “The blast has nothing to do with making illegal bombs, as has been said irresponsibly by some sections.”

Killed on four occasions
Police said that the explosion occurred at around 11:30 pm on Thursday in a plastic factory in Sujapur area of ​​Malda district. He said, ‘Four workers working in the factory died on the spot while another was declared dead in the hospital. Five others were seriously injured in this explosion. A senior official said that a seriously injured person died when he was being admitted to a hospital in Kolkata. Malda Superintendent of Police Alok Rajoria said that preliminary investigation has revealed that a high-intensity explosion occurred due to a technical fault in a heavy machine inside the factory. He said, ‘The explosion occurred during plastic manufacturing. We are investigating from all angles and a forensic team will visit the scene.

Governor told Illegal bomb making factory
State Governor Jagdeep Dhankar expressed grief over the incident and asked Chief Minister Mamata Banerjee to stop ‘illegal bomb making’ and ensure ‘professional and unbiased investigation’. He tweeted, ‘I am distressed by the deaths in the blast in Sujapur area of ​​Malda district. According to the SP, five people have died and five others have been injured. It is time that Mamata Banerjee stop illegal bombing and ensure professional and unbiased investigation. Dhankar also asked the administration to ensure medical aid to the injured.

Also Read: Leaders who question leadership are weakening Congress from within: Kharge

State government asked to desist from disputed statement
Responding to his remarks, a sharp response from the Home Department tweeted, ‘Today’s incident at Malda Sujapur plastic factory is related to production process issues and has nothing to do with illegal bomb making, as in some sections It has been said irresponsibly by It said, ‘DM and SP present on the spot are informing the state officials after immediate investigation and steps have been taken for compensation. A senior minister has been sent to the spot and it is time to be factually correct. The government is helping the victims and their families.

NIA demands investigation
Dhankhar retorted, saying, “Law and order and investigation situation is worrisome and it needs to be handled without bias.” He tweeted that why should the West Bengal Police not investigate in a professional manner. He asked why Mamta Banerjee does not disclose the number of people killed in such bomb blasts. A war of words erupted between the BJP and the Trinamool Congress over the incident. BJP demanded an NIA inquiry into the incident. BJP’s national general secretary and Bengal in-charge Kailash Vijayvargiya said, “Bomb blasts have become a regular occurrence in West Bengal. Every other day, a bomb blast occurs in the state. We demand an NIA inquiry into the Malda blast incident.