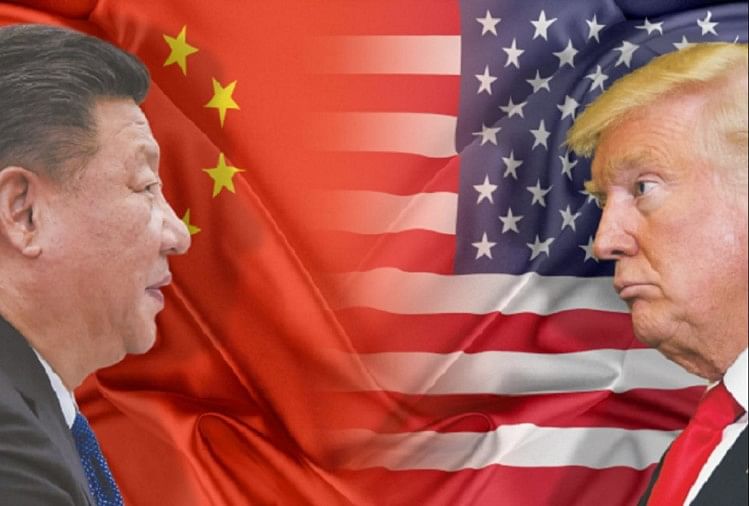 America’s strategy to protect its dominance in the world from China has leaked. It details what the US plans to limit China’s military and economic strength. The document named ‘Elements of China Challenge’ was first published by American website Axios.com. After that the US State Department formally released this 70-page document. The document is on the same lines as the US made a strategy to surround the Soviet Union in the 1940s. That strategy was written by the then Ambassador to the Soviet Union, George Kennan, and is famous as the Kennan Document.

The Global Times, the newspaper of the ruling Communist Party of China, has reacted strongly to this document. In an editorial published on Thursday, he has said that there is nothing new in this. It reiterates the same things that US Secretary of State Mike Pompeo has been saying. The newspaper said that due to President Donald Trump’s impassioned and unstable governance style, politicians like Pompeo had a full chance to play their ambitions. As a result, today the US State Ministry went beyond the CIA and the Ministry of Defense to become a negotiating agency with China.

According to analysts, the latest US dossier has the full impression of the Trump administration’s conservative thinking. It is said that Kiron Skinner, former head of the Office of Policy Planning, played an important role in Trump administration. Last year, Skinner said that America’s rivalry with China was becoming much the same as it was with the Soviet Union. Under this understanding, Skinner has picked up a few threads from the Kin document.

This document of the US State Department says that America lost many years, hoping to improve China. But now America should consider China as a threat to the world order. It has been said that the ruling Communist Party of China is inspired by a particular form of Marxism-Leninism and the spirit of radical Chinese nationalism. But China has some basic drawbacks.

According to the document, China’s limited shortcomings include limited invention capacity, difficulty in forming alliances, population imbalances, environmental degradation, rampant corruption and heavy costs of maintaining the internal system. The document states that much of China’s power is wasted in monitoring, censorship and feeding its ideological suffocation to its one billion 40 million population.

The document says that the US blames the leadership of China, not the culture of China. If China is liberated from this leadership, China can flourish like Taiwan, South Korea or Hong Kong. It alleges that the epidemic that began in Wuhan in China has caused disease, death, and socio-economic devastation worldwide. This has led to worldwide anger against China. In this, China has been accused of showing disrespect towards human life, indifference towards the well being of other countries and disrespect towards the international system.

The document states that steps will have to be taken on several fronts to counter China’s challenge. Only then America will be able to protect itself and the rest of the world. It suggested that in order to maintain its power, the US would have to protect its constitutional system, promote a free economy and protect a vibrant civil society. At the same time it must ensure that the US military remains the most powerful and technologically advanced in the world.

There is a special emphasis on education in the document. According to this, America will have to make special investment in education so that its growth in science and technology will continue. At the same time, American diplomats, military strategists, economists, tech experts and political scientists have to study the language, culture and history of China. It has been noted that there is currently a shortage of people specializing in China about the US.