Before the election of West Bengal, Mamta Banerjee wrote a letter to Prime Minister Narendra Modi demanding a national holiday on the birth anniversary of Netaji Subhash Chandra Bose. 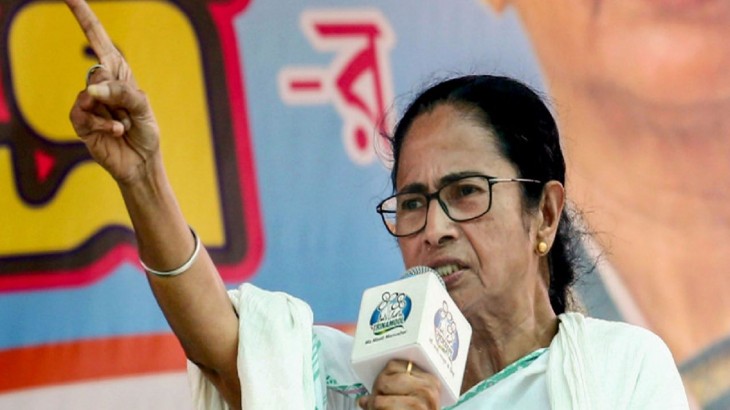 The fragrance of elections in West Bengal has started intensifying. Political parties have started preparations for the elections from now. Meanwhile, West Bengal Chief Minister Mamata Banerjee has written a letter to PM Narendra Modi on January 23 to declare the birth anniversary of Netaji Subhash Chandra Bose as a national holiday. He has also demanded from Prime Minister Narendra Modi that the truth of what happened to Subhash Chandra Bose should be revealed to the people.

Also read: Snowfall in the mountains will prepare for cold, mercury will fall in North India

Mamta Banerjee wrote to Prime Minister Modi demanding that “as you are aware that on January 23, 2022, 125th birth anniversary of Netaji Subhash Chandra Bose will be celebrated. One of the greatest sons of Bengal, Netaji is a national hero. They are the icons of India’s freedom struggle against the British rule. They are role models for all generations. Under his leadership, thousands of soldiers of the Indian National Army sacrificed for the motherland. ” Mamta Banerjee wrote that every year Netaji’s birthday is celebrated with full respect. We have been demanding from the government for a long time that Netaji’s birthday should be declared a national holiday but no decision has been taken on it yet.

No confirmation of Bose’s death
Netaji was born in 1897 and his 125th birth anniversary will be celebrated next year. Several reports have claimed that Netaji boarded an aircraft from Taihoku Airport in Taiwan that crashed and this led to Netaji’s death. However, there has been no confirmation about his death as several experts have brought out various theories about his disappearance. The Center has set up three inquiry commissions, including the Shahnawaz Committee of Inquiry of 1956, Khosla Commission of 1974 and Justice Mukherjee Commission of Inquiry to throw light on the mysteries regarding Netaji’s death or disappearance.

The first two commissions concluded that Netaji had died in a plane crash in Taipei, while the third inquiry commission had concluded that Bose was alive after that. The Narendra Modi government had made 100 reports about Bose public on 1 September 2016. In September 2015, 64 files related to the great freedom fighter were made public by Banerjee. However, could not help anyone to draw any conclusions.