On January 5, around 100 masked people came inside the campus with sticks and sticks. They vandalized the premises for about 4 hours. 36 people were also injured in this whole incident. 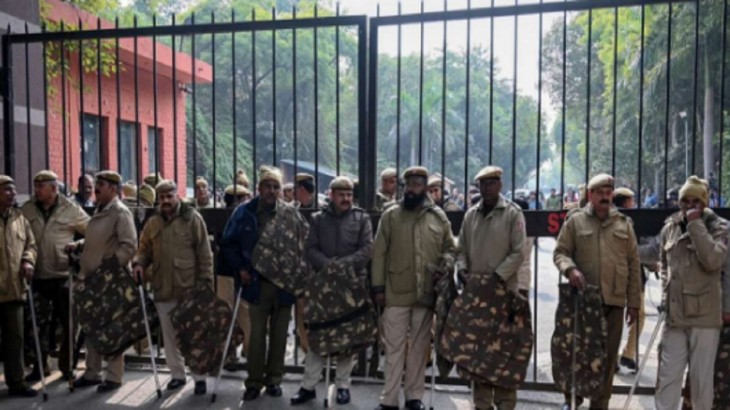 Earlier this year, the Delhi Police committee investigating the violence in the Jawaharlal Nehru University campus gave a clean chit, calling the local police as immaculate. Significantly, on January 5 this year, about 100 masked people came inside the campus with sticks and sticks. They vandalized the premises for about 4 hours. 36 people were also injured in this whole incident, including JNU students, teachers and staff members. In view of the seriousness of the matter, the responsibility of investigating the matter was handed over to the Crime Branch. No arrests have been made so far in this development. It is reported that the Fact Finding Committee has found that the atmosphere had become a bit tense at the beginning of the day of the incident in JNU, but after the intervention of the police, the situation was normal.

Police were accused of negligence
According to the news published in the Indian Express, the local Delhi Police was accused of negligence for the JNU violence. The Delhi Police was accused that the police did not go inside the campus knowing everything. In response to this, Delhi Police said that their team had gone to the campus chasing rioters in Jamia, but the police have to take permission from the university administration to go to the JNU campus. In view of the seriousness of the case, the Delhi Police constituted the Fact Finding Committee, which was given the responsibility of investigating the information related to the entire case and the allegations of negligence leveled against the police.

Also read: People going from Delhi to Chandigarh have to keep a distance of 6 feet, Health advisory continues

The clash among the students calmed down only after the police intervened
It is reported that the committee had gathered different information about the JNU violence from many policemen and all gave the same answer. According to the information, in order to avoid any kind of demonstration on the administration block, 27 policemen were deployed in the plain and ditch around the administration block. During this time, 27 policemen did not have any weapons or sticks. The order of these policemen was not to allow any kind of picket to be held near the Admin block. During investigation, it has been found that 23 PCR calls were received to Delhi Police from inside the JNU campus on the day of the incident. It was told in these calls that there is a fight between students. DCP Devendra Arya went to the campus around 5 pm but the situation had become normal at that time.