Several leaders came to the rescue of the leadership, including two chief ministers of Rajasthan and Chhattisgarh, after Kapil Sibal expressed concern over the electoral debacle and criticism of the leadership. 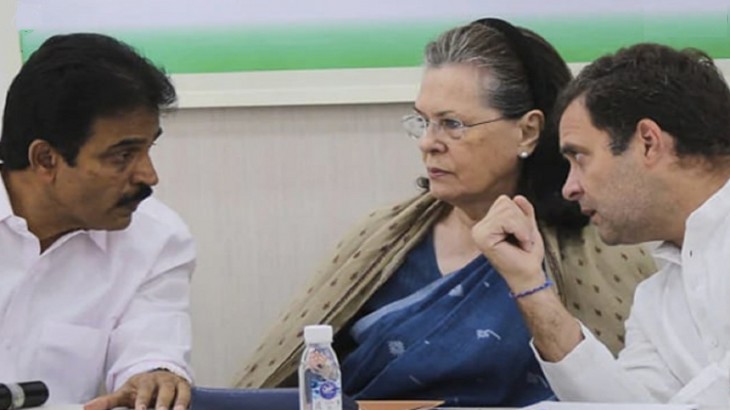 The group of 23 disgruntled leaders of the Congress met after the Bihar results amid the ongoing internal crisis in the party. One leader said, “This fight is for the revival of the party and not for rebellion.” Those who could not be physically present were approached for muster support from afar and much needed reforms were emphasized in the party. Sources said that Ghulam Nabi Azad will give a message to Sonia Gandhi. A source, however, said that no such organized meeting has taken place, as the group has held several meetings since July and thereafter.

The party leader claimed that support for ‘revival’ has gone beyond 50, as the immediate reforms have collectively emphasized the imagination of all those who want the best for the Congress. On Tuesday, a group formed by Sonia Gandhi comprising Ahmed Patel, Ambika Soni, Randeep Surjewala, K.C. Venugopal and Mukul Wasnik discussed virtually the results of Bihar as well as the by-elections. Sources say that Bihar in-charge Shaktisinh Gohil and Gujarat in-charge Rajiv Satav offered to step down. However, he was asked to continue in office till Sonia Gandhi took stock of the situation.

Several leaders came to the rescue of the leadership after Kapil Sibal expressed concern over the electoral debacle and criticism of the leadership, including two chief ministers of Rajasthan and Chhattisgarh, who publicly criticized Sibal for making the public aware. The way the party handled the Bihar elections and the state by-elections, and the recent defeat in the by-elections, the discord in the party is in full swing. Disgruntled leaders want fresh organizational elections to be rejuvenated from the block to the CWC level.

The group is emphasizing on the CWC elections and the revival of the parliamentary board in the party. Kapil Sibal, one of the leaders who wrote the controversial letter in August, has said that there is no platform for expressing concern, so he is speaking publicly. Sibal said that the party has to accept that it is ‘on the decline’ and needs many ways to strengthen itself, from organizational restructuring and media management. He also stressed that his party needs thoughtful leadership to be more articulate and take things forward. He said, ‘The party has more experienced people to discuss, (those) who can understand the political situation and have to reach the people.’