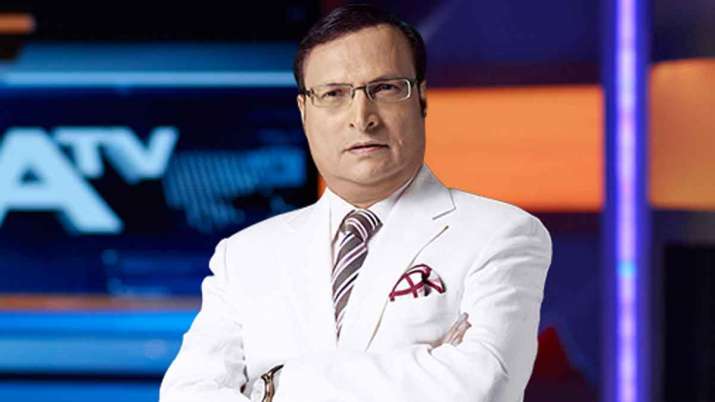 
At the NBA board meeting, members unanimously asked Rajat Sharma, chairman and editor-in-chief of India TV, to continue his term as chairman.

The News Broadcasters Association (NBA) on Thursday named India TV chairman Rajat Sharma once again as the chairman. At the NBA board meeting held on Thursday, the members unanimously asked Rajat Sharma, chairman and editor-in-chief of India TV, to continue his term as chairman. The board also appointed Anuradha Prasad Shukla, Chairperson-cum-Managing Director of News24 Broadcast India Limited as Vice President and Managing Director and Chief Executive Officer of Times Network – Bennett, Coleman & Company Limited, M.K. Anand has been elected NBA Honorary Treasurer for the year 2020-2021. The NBA is the largest organization of news broadcasters in India, comprising almost all major news networks in the country.

On this occasion, presenting the 13th Annual Report of NBA, Rajat Sharma said, ‘I am very happy to present the 13th Annual Report of NBA. The management report details all the steps that we have taken in the last one year. India TV chairman and editor-in-chief Rajat Sharma further said that during the last 6 months the entire world has gone through an unprecedented crisis due to the Kovid-19 epidemic. He said that many businesses across the world have seen many disruptions, and news broadcasters are no exception.

NBA president Rajat Sharma said, ‘Our responsibility as news channels increases manifold when the government has placed us under’ essential services’. In such an unprecedented situation, news broadcasters had a huge responsibility to deliver reliable news and information related to the corona virus epidemic to their millions of viewers. In view of the lockdown, we had to quickly find a solution for the operation of our news room so that there is no disruption in sending news / information to the public. Our members faced all the difficulties and ensured that the news reached the people without any disturbance. There was an unprecedented increase in viewership of news channels during the lockdown. For this, Rajat Sharma saluted journalists, cameraperson and editorial staff on behalf of NBA.

Rajat Sharma also mentioned that some channels serving inflammatory content are not NBA members. He said, ‘I am happy to tell that NBA members stood together to fight this threat. The NBA believes in editorial standards that ensure fairness, neutrality, impartiality and accuracy in reporting. We have appealed to advertisers not to support toxic content and sensationalism that promotes hatred. I am happy to say that reputed brands have come forward and supported our stand. ‘