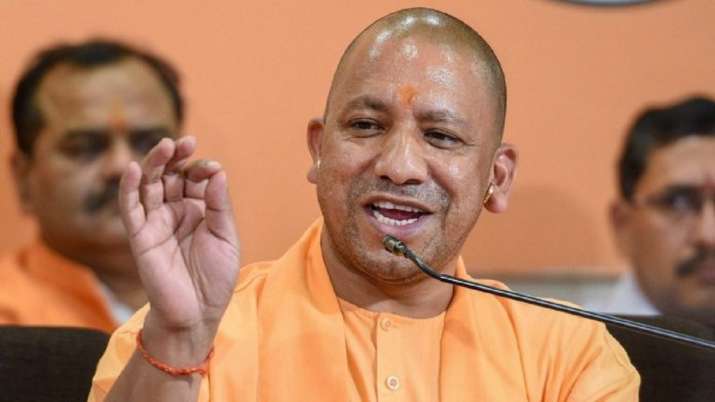 
Lucknow: Uttar Pradesh Chief Minister Yogi Adityanath on Thursday strongly criticized the Congress for “supporting” the agreement by secretly joining political parties in Jammu and Kashmir and said on Thursday that “those who are playing with national unity and integrity” Explain the stand He said, “Congress leaders speak something else in Delhi and do something else in Jammu and Kashmir. This double character of the national party that has ruled the country for the longest time is condemnable which the country will not accept.

For this, the party leadership should apologize to the people of the country. ”Yogi has asked the Congress leadership to clarify its position on the issue of Article 370 as well. The Chief Minister said at the press conference at his residence, “The double attitude of the Congress is playing directly with national unity and integrity.” We all know that the Congress has always played with national stability and this party has been directly and indirectly motivating and encouraging the elements that promote separatism and anarchy within the country. This double face of the Congress has once again come before the people of the country inside Jammu and Kashmir.

The Congress party has never allowed the concept of ‘Ek Bharat Shreshtha Bharat’ to come true. “He said,” Congress not only promoted separatism in the state by implementing Article 370 in Jammu and Kashmir, but this party also spread the whole country Has been motivating and encouraging terrorism inside. Some J&K leaders had secretly compromised. The regional parties as well as the local leaders of the Congress are among those who have signed the agreement which plays with national unity and integrity. These people will speak something else in Delhi and do some more work in Jammu and Kashmir.

Yogi said, “The top leadership of the Congress should secretly clarify their position about the agreement.” Otherwise its dual character is not only making dangerous signs towards the security and sovereignty of the country but is also putting the entire Congress party in the dock. “The Chief Minister said,” Restoration of Article 370 in Kashmir to countries like China and Pakistan What is the intention to invite for and to what extent does the Congress have to deal with these things. This situation should be explained to the Congress party in front of the entire country.

He said, “It is a very unfortunate situation that by taking the oath of the Constitution of India, the party which has been ruling for the longest time within the country is today playing with the sovereignty and security of the nation for political interests at the local level.” This is a malafide attempt to block the development of the people of Jammu and Kashmir. “Now that this dream is being realized by the convictions of Prime Minister Narendra Modi and Home Minister Amit Shah, Congress leaders should realize this Not feeling good It is shameful for the Congress to join leaders like Farrukh Abdullah and Mehbooba Mufti who are seeking help from the enemy country.

Congress leaders like P. Chidambaram and Ghulam Nabi Azad have been talking about the restoration of Article 370, these people have always been inspired and encouraged by separatist and militant views. “On August 4, 2019, the National Conference An all party meeting was held at the residence of leader Farooq Abdullah at Gupkar. A resolution was issued there, known as the Guptkar Samjhauta.