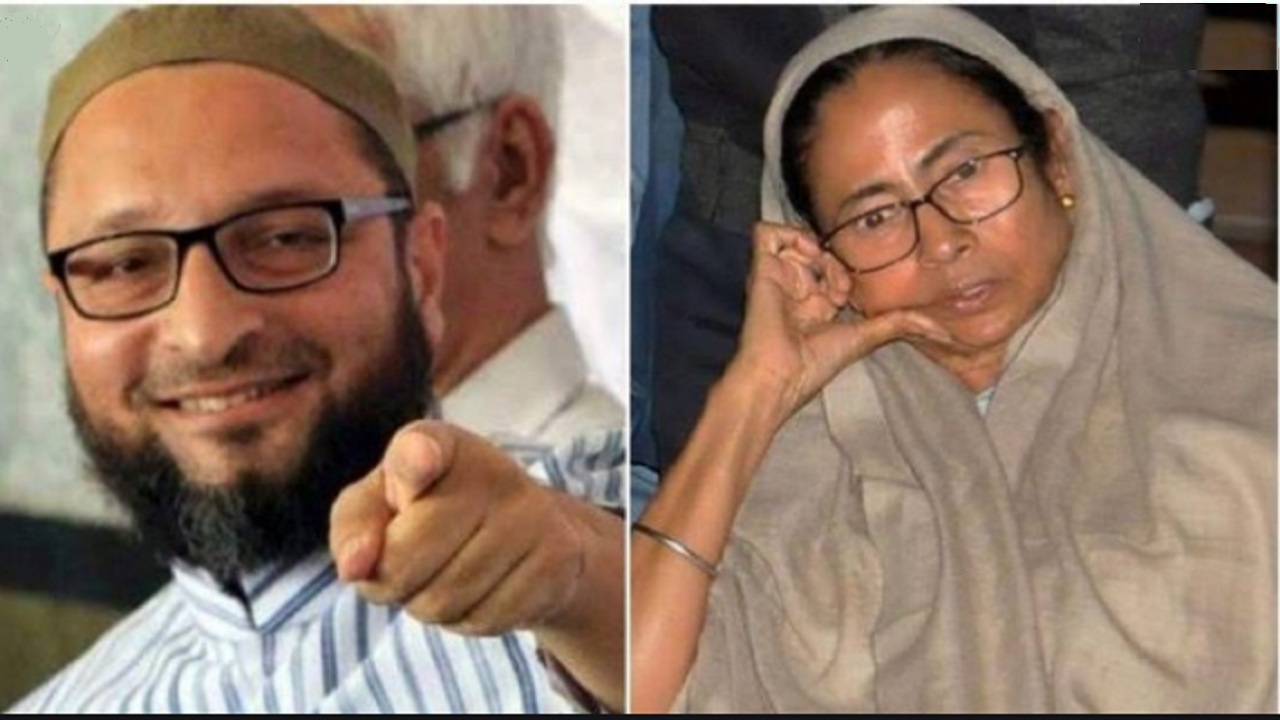 After a glorious opening in the Bihar assembly elections spoiling the grand alliance, the All India Majlis-e-Ittehad-ul Muslimeen (AIMIM) is eyeing Mamata Banerjee’s stronghold West Bengal. In this episode, the party has made inroads in 22 of the 23 districts of West Bengal, and the selection of future candidates is also being started there. Not only this, Asaduddin Owaisi has also made the first bet. Owaisi offered a pre-poll alliance with Mamta, saying that his party would help the Trinamool Congress in defeating the BJP in the upcoming assembly elections.

Mamta told the outsider
It is evident that after winning 5 seats in Bihar’s Seemanchal region, the enthusiasm of AIMIM has increased considerably. In such a situation, Owaisi’s statement to the TMC has come at a time when recently Mamata Banerjee had indirectly attacked AIMIM, saying that some would harass and terrorize outsiders. With this, he urged the people of the state to oppose the outsiders. TMC MP Saugata Roy had claimed that AIMIM was deployed by the saffron party to reduce the TMC’s vote-percentage.

Concern in Congress-CPI camp including TMC
Let us know that TMC is seeing AIMIM’s entry in Bengal elections as a threat. In fact, this time in the assembly elections, the main contest is set to be between BJP and TMC. At the same time, the fight of Bengal Congress and Left is also with Mamta. In such a situation, if Owaisi’s party lands strongly in Bengal, Mamta may have to face its direct loss. Not only TMC, Owaisi’s entry in the Bengal elections has increased the concern of other political parties. There was a discussion between the CPI (M) and the Congress, which decided to fight together in the assembly elections, to determine the election strategy.

Also read: 5 seats will be reserved in MBBS for the children of Corona Warriors- Harsh Vardhan

Muslim votes decisive in seats above 100
AIMIM may not have decided how many seats will be contested in the state, but it is certain that Mamata Banerjee’s Trinamool Congress (TMC), which has crossed its lead with the help of minority votes in the coming elections. ) Is going to suffer a lot of damage. About 8-9 percent of the state’s 30 percent Muslim voters are Urdu speaking, which is believed to be directly associated with Owaisi’s party. Out of the remaining 294, there are about 100-110 seats where minority voters are in a decisive role. In such a situation, breach of TMC’s Muslim votes is considered to be fixed.

Also read: Delhi government in action, not wearing masks will be fined Rs 2000

Owaisi will be a threat on these seats
Malda, Murshidabad, Uttar Dinajpur, South Dinajpur, South 24 Parganas These are the districts where Muslims are in large numbers and all except the South 24 Parganas are bordering Bihar, where AIMIM won five seats in the elections. Iron is made. Not only TMC, but the Congress, which has been amalgamated in the state itself, is also worried about their minority vote slipping. It is believed that in the same exercise, Congress leader Adhir Ranjan Chaudhary also visited Furfura Sharif Dargah yesterday. In such a situation, BJP is excited by Owaisi’s entry. In this whole matter, Shishir Bajoria of BJP said, ‘Both Left-Congress are alone and are fighting together. The next election is only between BJP-TMC.