Different Congress leaders have different views on the issue of joining the Regional Comprehensive Economic Partnership (RCEP). Even though a year has passed since the party took a stand on the deal, which India did not sign. 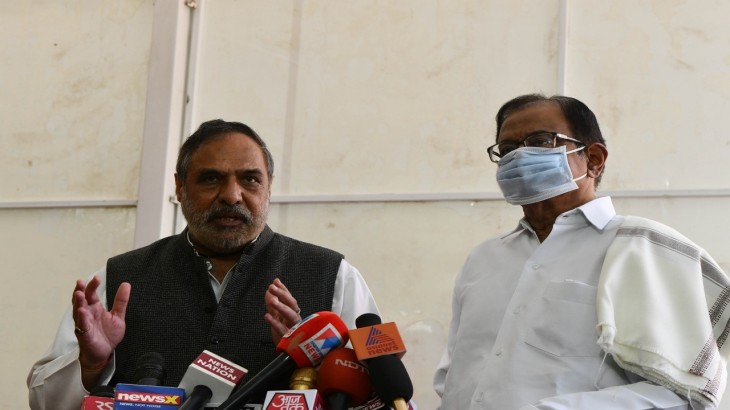 The Congress tore apart when India did not join the RCEP. (Photo Credit: News Nation.)

Different Congress leaders have different views on the issue of joining the Regional Comprehensive Economic Partnership (RCEP). Even though a year has passed since the party took a stand on the deal, which India did not sign. After eight years of tough negotiations, on November 15, all ASEAN countries (including Brunei, Cambodia, Indonesia, Laos, Malaysia, Myanmar, the Philippines, Singapore, Thailand and Vietnam) signed a trade agreement with five FTA partners – China, Japan, South Signed with Korea, Australia and New Zealand. The Congress then urged the government not to join it. As India decided to stay away from it last year.

The issue remained open for debate as the party awaited the stand of former Finance Minister P. Chidambaram, who had reserved his view. While Anand Sharma termed his not joining the RCEP a ‘backward leap’, Jairam Ramesh said that not being involved in the economic deal meant that the Congress was right to say. On October 21, 2019, Ramesh said that if India joins RCEP after demonetisation and GST, it will be the third economic shock. The Congress has argued that the regional economic deal will ‘kill domestic industry’ because ‘there is no boom in the economy as it was during the UPA regime’.

At the same time, Sharma said, ‘India’s decision not to join RCEP is unfortunate. It is in India’s strategic and economic interests to be part of the process of Asia-Pacific integration. Sharma said, “The negotiation negotiations that have been going on for years to be accepted as part of the RCEP in India have been ignored. We can negotiate security measures to protect our interests. Staying out of RCEP is a backward step. Sharma’s statement came after Chidambaram criticized the Modi government’s stand on the RCEP, but said he would preserve his decision until the Congress took an official stand on the issue.

Chidambaram said on Monday, Foreign Minister S.K. Jaishankar had also expressed displeasure over the speech, where he spoke out against trade agreements and praised the virtues of protectionism. Chidambaram said, ‘Shriman Jaishankar is speaking that language and the words that I heard in the 1970s and 1980s.’ Chidambaram said that there are pros and cons of joining India’s RCEP, but this debate never took place between Parliament or the people or opposition parties. This is another bad example of centralized decision. However, the Congress had expressed concern over joining the RCEP, which became the world’s largest trading body of 15 countries in the Asia-Pacific region.