Prime Minister Narendra Modi spoke to the newly elected US President Joe Biden on the phone on Tuesday. 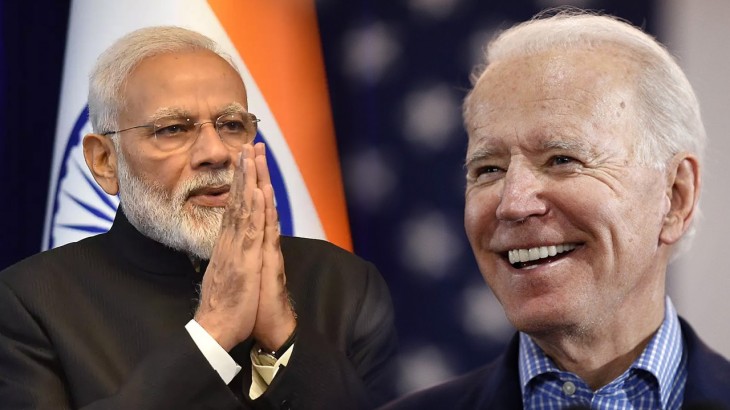 Spoke to US President-elect @JoeBiden on phone to congratulate him. We reiterated our firm commitment to the Indo-US strategic partnership and discussed our shared priorities and concerns – Covid-19 pandemic, climate change, and cooperation in the Indo-Pacific Region.

On the other hand, PM Modi also congratulated the elected Vice President of America, Kamala Harris. He said that his success is a matter of pride and inspiration for the Indian American community. This community is an important source of strength of Indo-US relations. A statement issued by the Prime Minister’s Office said that Modi congratulated Biden on his victory in the election and called it a sign of the strengthening of America’s democratic tradition. The statement said that Prime Minister Modi recalled the meeting with Biden during his official visit to the US in 2014 and 2016. On behalf of the Prime Minister’s Office it was said that in 2016 when Modi addressed the joint session of the US Congress, it was chaired by Biden.

The two leaders agreed to work together to expand the India-US overall global strategic partnership. The two leaders discussed prevention of Kovid-19, promoting the availability of affordable vaccines, climate change and cooperation in the Indo-Pacific region. Prior to the talks between Modi and Biden, Foreign Minister S Jaishankar expressed confidence that relations between India and the US would get further expanded in the Biden administration. Jaishankar said that Biden, the elected President of the United States, has been witness to the period when there was a big change in bilateral relations between the two countries. Ever since Biden was a member of the Senate in the 1970s, he has been a supporter of deepening relations between India and the United States.

He played a key role in getting the bilateral civil nuclear deal approved by the Senate in 2008. This agreement laid a strong foundation for deepening the relationship between two major democratic countries of the world. While Barack Obama was President, there was a significant expansion in the strategic and defense relations between India and the United States, and Biden played a key role in this as Vice President. During his election campaign, Biden discussed his approach towards the partnership between the US and India.