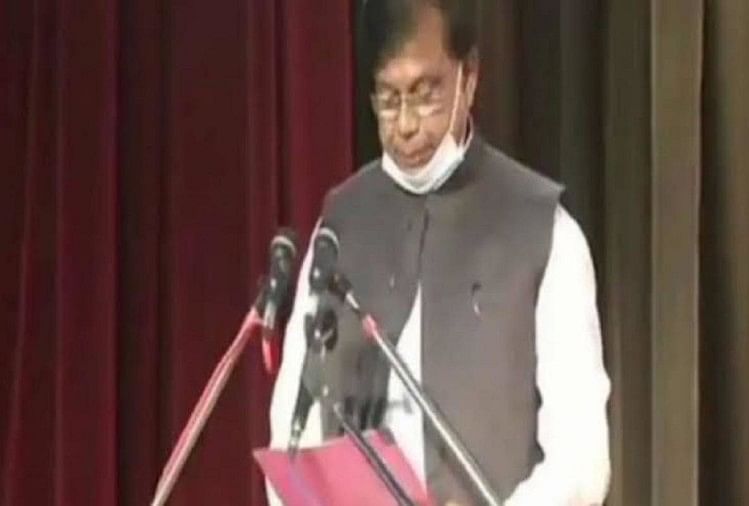 Bihar Chief Minister Nitish Kumar has appointed Dr. Mevalal Chaudhary, an accused of rigging, in the recruitment of Assistant Professor from JDU quota. Mewalal, who is facing allegations of rigging, has also been given the important responsibility of the education department of the state. At the same time, RJD has surrounded Nitish Kumar on this issue. Party leader Tejashwi Yadav termed Mevalal’s appointment as a reward for the corrupt.

On Wednesday, Tejashwi Yadav tweeted, “ Chief Minister Nitish Kumar appointed Mevalal Chaudhary as Minister of Education under Section 409, 420, 467, 468, 471 and 120B of IPC in appointment of Assistant Professor and serious corruption cases in building Have you been given the reward for corruption and the open exemption to loot? ‘

Earlier, RJD tweeted from its official Twitter handle saying, “The corrupt JDU legislator whom Sushil Modi was looking for has been made a minister by Nitish Kumar.” On the other hand, former IPS officer Amitabh Das has written a letter to DGP SK Singhal for questioning the new education minister of Bihar.

In many cases of corruption, the fugitive accused was made the education minister.

None of the minority communities were made ministers.

The power is protected by criminals. Record breaking crime is out.

For the sake of the chair, the Chief Minister will continue his discourse on Crime, Corruption and Communalism.

Significantly, the newly elected JDU MLA Dr. Mevalal Chaudhary has won from Tarapur Assembly seat in the state. He is inducted into the cabinet for the first time. Mevalal was the vice-chancellor of Bhagalpur Agricultural University until the year 2015 before entering politics. He entered politics after retiring in 2015. After winning the election, Mevallal was severely accused of an appointment scam. A case was registered in this case in 2017. At present, the MLA has got interim bail from the court in this case.

In the case of wife’s death, demand for inquiry also arose
At the same time, former IPS officer Amitabh Das in his letter to the DGP has also demanded to be questioned in the death case of Mevalal Chaudhary’s wife. Mevalal’s wife late Nita Chaudhary was an MLA from Tarapur from 2010 to 2015. She was very active in politics and was also the whip of JDU’s Munger division. In 2019, he died of scorching fire in a cylinder.

Chief Minister by making Mevalal as Education Minister NitishKumar G has tarnished his image and lightened his political reputation….#Mavalal_co_barkshit_car