Jaish-e-Mohammad is again in the grip of spreading terror and jihad in Jammu and Kashmir. For this, he is taking help from his old friends Taliban and Al-Qaeda in Afghanistan. 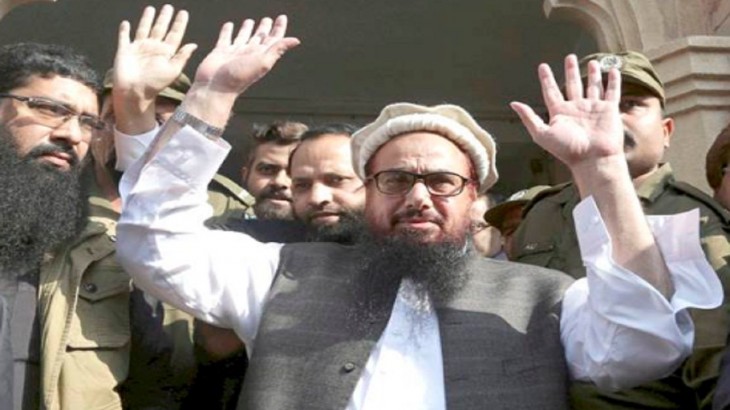 Pakistan-funded terrorist organization Jaish-e-Mohammad is again in the grip of spreading terror and jihad in Jammu and Kashmir. For this, he is taking help from his old friends Taliban and Al-Qaeda in Afghanistan. While the US from Afghanistan is at the final stage of preparations to remove its remaining forces from there. On the other hand, hundreds of terrorists of Jaish-e-Mohammad are present in training centers in Afghanistan itself. This information has been given by intelligence agencies. All this help is being given to Jaish in Afghanistan by Mohammad Yakub, the new head of the Taliban.

President Donald Trump said that he wanted 4,500 American soldiers to be withdrawn from Afghanistan before Christmas day. In such a situation, even before Trump leaves office, the process of recalling 2000 soldiers has also been speeded up. In the ongoing negotiations in Doha, the Taliban have agreed to stop attacks by international terrorist organizations such as al-Qaeda against the US and its allies, but no specific talks for Pakistan-backed terrorist organizations such as Lashkar-e-Taiba or Jaish Is not.

Two people from Bahawalpur in Punjab province of Pakistan confirmed the claims of the Indian authorities. Many local Jaish terrorists said that they were sent home after an air strike in Balakot last year. At the same time in recent weeks, the towns and villages around it have been abandoned. After the Balakot air raid, Pakistan announced that it was under the government administration of Markaz Osman-O-Ali, the headquarters of Jaish in Bahawalpur. However, the people of Bahawalpur said that the madrasa was functioning as usual and Jaish leaders had resumed meetings in Punjab, Khyber-Pakhtunkhwa and Sindh to raise funds and recruit terrorists in mosques.

Afghan officials have long reported facing Taliban forces with Jaish and Lashkar militants. Hundreds of people participate in them. Last month, Governor of Helmand Province Muhammad Yasin Khan said that hundreds of Lashkar and Jaish Pakistani fighters had participated in the fight to seize the city of Lashkargah. The UN Security Council group monitoring Afghanistan-related sanctions was told. This summer more than 1,000 Jaish and Lashkar fighters were fighting with the Taliban. In return, the Taliban and its al-Qaeda allies provided technical assistance to Jaish. These have provided technology to penetrate the Line of Control, ranging from GPS-guided drones, to training suicide jihadis to carry out suicide operations.