After the victory in Bihar, the enthusiastic Bharatiya Janata Party is now working on its strategy to achieve ‘Mission Bengal’. 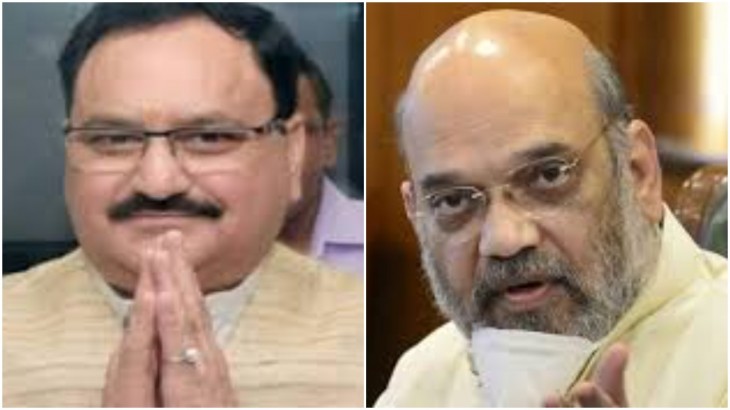 BJP’s ‘Mission Bengal’, Shah and Nadda will do this work till the end of elections (Photo Credit: File photo)

After the victory in Bihar, the enthusiastic Bharatiya Janata Party is now working on its strategy to achieve ‘Mission Bengal’. Assembly elections are due in West Bengal in the middle of 2021, but the BJP has been busy preparing for months in advance. BJP’s goal this time is to break into the fort of Mamta Banerjee and reach the chair of power. The responsibility of that entire mission will be on the shoulders of Union Home Minister and Amit Shah, who is called Chanakya of politics, and JP Nadda, the head of the party. Under which Shah and Nadda will visit the state every month till the end of assembly elections in the state.

Also read: BJP leader was beaten to death in West Bengal, there was commotion during Kali immersion

President of the West Bengal unit of the Bharatiya Janata Party, Dilip Ghosh has given this information. He said that the two leaders will visit different states every month before the elections to take stock of the party organization. Ghosh said, ‘Amit Shah and JP Nadda will visit a different state every month till the end of assembly elections. Although the dates are yet to be finalized. Party workers will be encouraged by their regular visits.

On the other hand, party sources said that Amit Shah is likely to visit for two consecutive days every month while Nadda’s visit will be for three days. Party sources said that in view of the state assembly elections, BJP has divided the state into 5 organizational areas and appointed central leaders in charge of them. Senior BJP leaders (Sunil Deodhar, Vinod Tawde, Dushyant Gautam, Harish Dwivedi and Vinod Sonkar) have been appointed by the top leadership of the party in charge of North Bengal, Rhad Banga (South West Districts), Nabadwip, Midnapur, and Kolkata Organizational Area .

Deodhar, Tawde and Sonkar probably have a meeting today in their respective areas. Despite a limited presence in West Bengal, the BJP emerged as the main rival to the ruling Trinamool Congress in the state by winning 18 out of 42 seats in the Lok Sabha elections held last year and now the BJP has made a complete plan to win the assembly elections. It is noteworthy that elections for the 294-member assembly of West Bengal are going to be held in April-May next year.