Malabar Exercise is taking place at a time when India has been in dispute with China for the last 6 months. 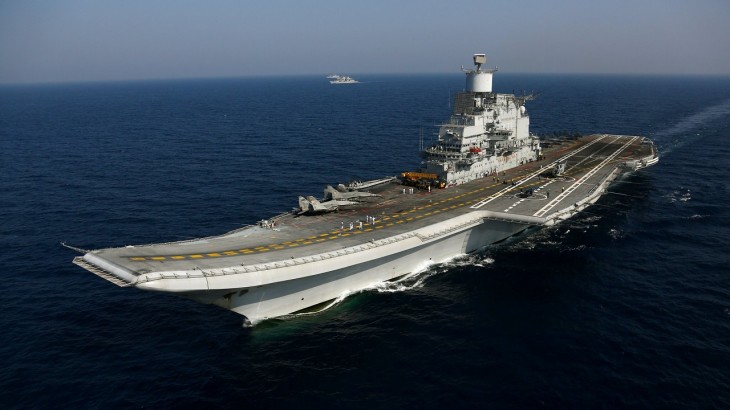 The second phase of the Indian Navy’s exercise ‘Malabar Exercise’ will begin in the North Arabian Sea from today. In this exercise, the Indian Navy’s Vikramaditya aircraft carrier, American aircraft carrier Nimitz and ships deployed on the advance fronts of the Navy of Australia and Japan will conduct intensive maneuvers for four days. This maneuver is taking place at a time when India has been in dispute with China for the last six months. Officials said that during this exercise, a coordinated campaign will be practiced to increase the ability of the ‘Quad’ group countries to work together.

Phase 2 of Exercise # Malabar2020 in Western Indian Ocean
The second phase of Exercise Malabar 2020 will be conducted in the Northern Arabian Sea from 17 to 20 November 2020. https://t.co/C65qIwP6uA pic.twitter.com/tiHEz7ULPt

Strategically important
This maneuver is being considered strategically important. The second phase of the Malabar exercise will take place in the northern Arabian Sea between 17 and 20 November. Earlier, the first phase of the Malabar exercise was held in the Bay of Bengal between November 3 and 6, during which submarine warfare and sea-to-air capability were practiced. This exercise is also important because apart from India, the US Navy is also joining it. China seems skeptical of the joint exercises between India and America.

World’s largest warship
Significantly, the world’s largest warship USS Nimitz is also participating in this exercise. This nuclear powered warship has a large naval fleet which includes aircraft carriers as well as a large number of destroyers, frigates and other vessels. At the same time, the Indian Navy said that the exercise will include ‘cross deck flying operation and MiG-29K deployed on Vikramaditya and air defense through F-18 fighter aircraft and E2C Hawkeye deployed on Nimitz. Apart from this, submarine warfare will also be practiced. Apart from INS Vikramaditya, who are joining this exercise from the Indian side, helicopters of the aircraft unit, Destroyer Kolkata and Chennai, stealth frigate swords and auxiliary vessel Deepak will also be involved in this exercise from the Indian side. The Indian contingent will be headed by Rear Admiral and Flag Officer of the Western Fleet Krishna Swaminathan.