Modi raised the issue of terrorism at BRICS summit, Jinping was not even mentioned on the praise of Putin

Modi raised the issue of terrorism at BRICS summit, Jinping was not even mentioned on the praise of Putin 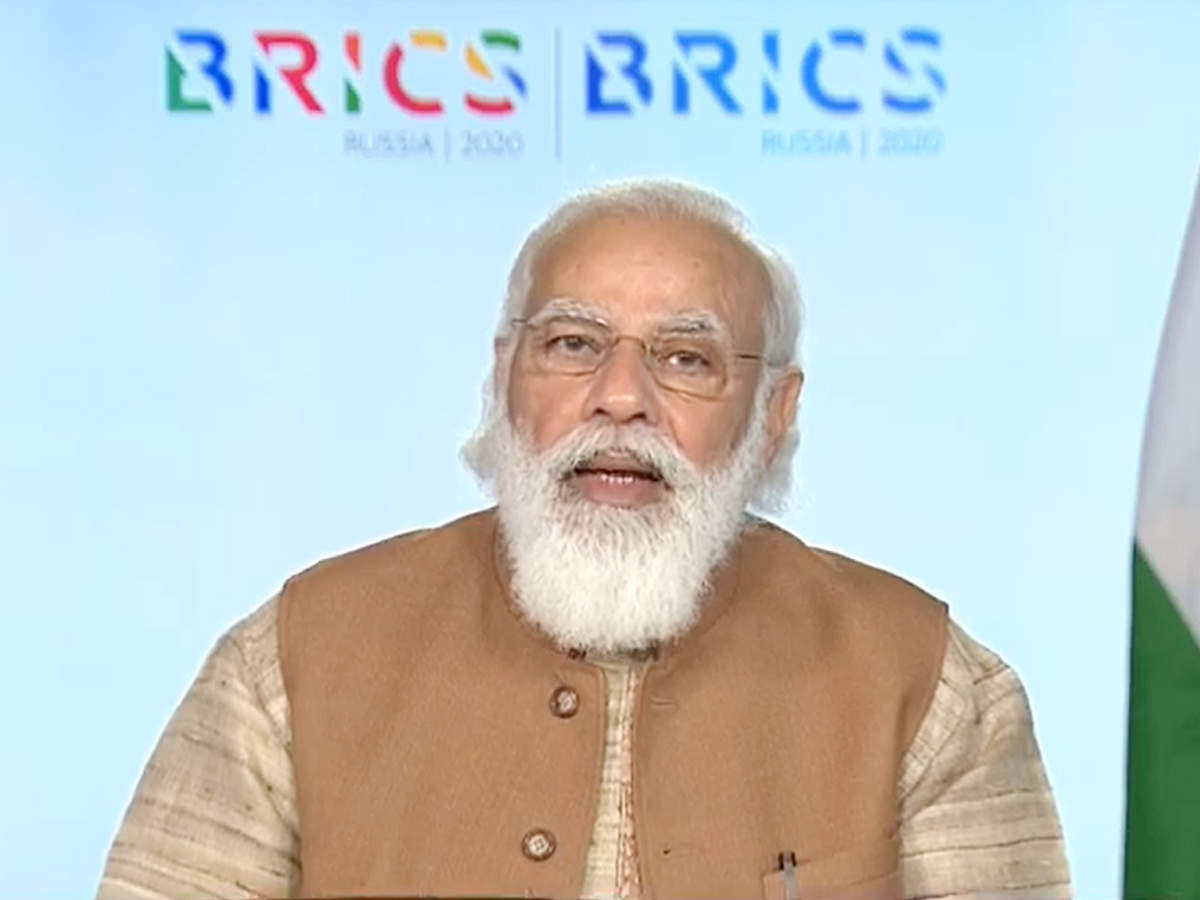 new Delhi
Prime Minister Narendra Modi addressed the BRICS summit on Monday through video conferencing. The PM reiterated the strong demand for reform in international organizations, including the United Nations Security Council. In addition, he stressed the need to punish countries that support terrorism. Prime Minister Modi during this time praised Russian President Vladimir Putin but he did not even mention Chinese President Xi Jinping. During PM’s speech, Jinping kept looking at his left side most of the time instead of the camera.

‘UN, reform needed in 75-year-old world mentality’
Raising the issue of change in the United Nations, especially UNSC according to the present time, Prime Minister Modi said, ‘Today the multilateral system is going through a crisis. Both the credibility and effectiveness of global governance institutions are being questioned. This is because they have not changed appropriately over time. These are still based on the 75-year-old world mentality and reality. India believes that reforms are very mandatory in the UN Security Council. We expect the support of our BRICS partners on this subject. Apart from the United Nations, Prime Minister Modi also said the need for reform in other international organizations. He said, ‘Apart from the UN, many other international organizations are also not functioning according to the current realities. Institutions like WTO, IMF, WHO should also improve.

‘India lost the most valiant soldiers in UN Peacekeeping Operations’
Referring to the 75th anniversary of the United Nations this year, Prime Minister Modi said that India’s commitment to the values ​​of the UN is unswerving. He said, ‘This year is also the 75th anniversary of the founding of the United Nations. As a founding member of the UN, India is a supporter of multilateralism. Even in Indian culture, the whole world has been treated as one family. So it was natural for us to support an organization like the UN. Our commitment to UN values ​​has remained steadfast. India has lost the most valiant soldiers in peacekeeping operations.

‘Terrorism is the biggest problem, countries supporting it should be blamed’
Terming terrorism as the world’s biggest problem, Prime Minister Modi said, “Terrorism is the biggest problem facing the world today. We must ensure that the countries that support and assist the terrorists are also blamed and this problem is dealt with in an organized manner. We are happy that the BRICS Counter Terrorism Strategy has been finalized during the presidency of Russia. This is an important achievement and India will take this task forward during its presidency. ‘

‘Great scope to increase mutual trade in BRICS countries’
PM Modi said that BRICS countries will have an important contribution in the recovery in the global economy after Kovid. He said, “BRICS economies will play an important role in the post-Kovid global recovery. We have more than 42 percent of the world’s population. Our countries are among the main engines of the global economy. There is a lot of scope for increasing mutual trade between BRICS countries. Our mutual institutions and systems such as BRICS Interbank Cooperation Mechanism, New Development Bank, Customs Co-operations can also contribute to our contribution to global recovery. ‘

The world relied on the Corona vaccine again
PM Modi once again assured the world that India’s vaccine production and delivery capacity will work in the interest of humanity all over the world. He said, ‘In India, we have started a comprehensive reform process under the self-reliant India campaign. Due to the capabilities of the Indian pharma industry during Kovid, we were able to ship medicines to more than 50 countries. Our vaccine production and delivery capacity will also serve humanity. During its BRICS chairmanship, India will work on enhancing collaboration in digital health and traditional medicine. In this difficult period, many important initiatives were taken to increase people-to-people contact under the Russian leadership like meetings of young scientists, diplomats, BRICS Film Festival. Congratulations to President Putin for this. ‘