The RJD leaders have directly targeted the former Congress President Rahul Gandhi, so to save Rahul, the courtiers of the Congress have not only become active but are putting the RJD’s policy of appeasement in the dock for defeat. 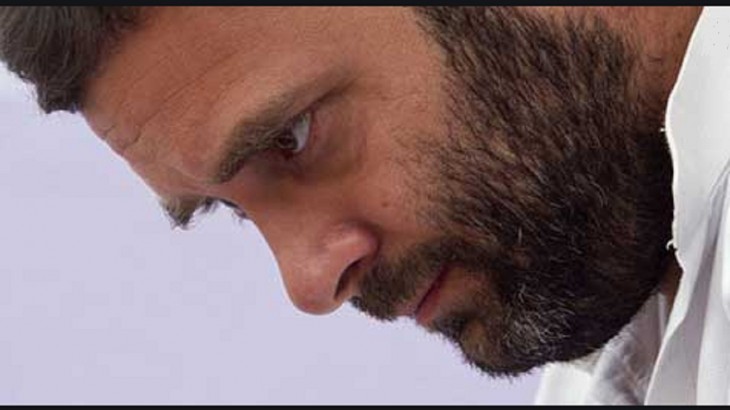 Contested Bihar assembly elections under the grand alliance of the Grand Alliance and the controversy over leadership in the badly defeated Congress has started again. The RJD leaders have directly targeted the former Congress President Rahul Gandhi, so to save Rahul, the courtiers of the Congress have not only become active but are putting the RJD’s policy of appeasement in the dock for defeat. Meanwhile, the president of the Minority Cell of the Congress in Goa has resigned accusing the leadership of ignoring the youth. It is evident that after another defeat, the tsunami of change of leadership in Congress and holding accountability has started again.

Rahul didn’t even hold 70 meetings
Senior RJD leader Shivanand Tiwari has made many serious allegations, directly blaming Rahul Gandhi. Shivanand Tiwari said that the Congress party became a hindrance to the grand alliance. The Congress fielded 70 candidates, but did not hold 70 rallies. Rahul Gandhi came to Bihar for only three days. Priyanka Gandhi did not come because she was not so familiar with Bihar. He said that the election stir in Bihar was fast and Rahul Gandhi was having a picnic in Priyanka Gandhi’s house in Shimla. Does the party go on like this? The way the Congress party is being run, the BJP is benefiting from it.

Congress should introspect
Shivanand Tiwari said that there was a meeting at Rahul Gandhi’s house. Kapil Sibal, Shashi Tharoor, Mukul Wasnik, Manish Tiwari were all sitting in this meeting. Everyone wrote a letter, they were loyal to the Congress all their life. You cannot run a party in this way. Is the party going on like this? BJP is benefiting from the way the Congress is doing business. The RJD leader said that I think it is not only in Bihar. In other states too, the Congress insists on contesting more and more seats, but it fails to win the election. Congress should think about this.

Congress should take lessons from BJP
Not only this, Shivanand Tiwari advised the Congress to learn from BJP especially PM Narendra Modi. He said that if it comes to learning, lessons should also be learned from the opponents. Referring to the break-up in the Grand Alliance, he said that the NDA is going to give the Bihar Chief Minister’s post to Nitish Kumar, while in the controversy over the division of seats for the Grand Alliance, Jitin kept watching many leaders including Ram Manjhi going out of the Grand Alliance. Congress only longs to stand on more seats. Not on winning the election. Now the time has come when the Congress should introspect and decide the direction.

Congress counterattack
Congress leaders also became active after the RJD’s direct attacks, especially targeting Rahul Gandhi and Priyanka Gandhi. Anil Sharma has blamed the RJD’s appeasement policy of not being able to form the government of the Grand Alliance in the Bihar Assembly elections. He said that if the RJD failed to instill confidence in all the communities, a big reason for this was its policy to please a particular community. RJD could not succeed in instilling confidence in this change. Not only this, Anil Sharma has also described Bhitraghata in the RJD as a major cause of defeat in elections.